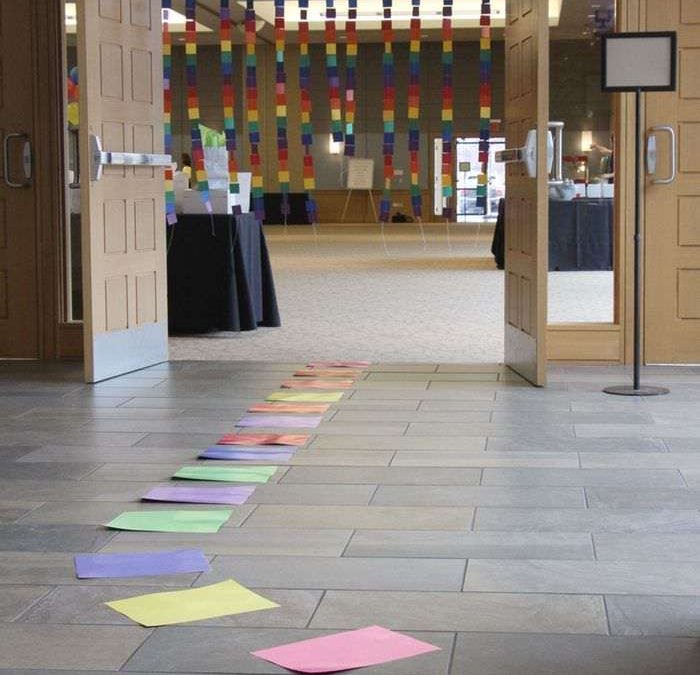 My kiddos school has an annual fundraiser to raise money for the preschool.  The goal is to raise money while enjoying the community of all the families within the preschool.  Each year there is a different theme, and we turn this great room into whatever theme it may be.  This year, we decided to throw a Candy Land Party themed fundraiser.  We had everything from giant candy, to a popcorn machine, to a candy table, to all the candy decorations we could create!  But seeing as it is a fundraiser, we didn’t want to spend a ton on decorations, so I got to get crafty and come up with some wonderful decorations on a budget.

I was responsible for creating giant candy for the food, beverage, and candy tables, along with centerpieces for eating tables.  I shared how I created some of the giant candy in this tutorial.  I also created some fun red, orange, yellow, green, blue, and purple square paper garland to mimic the game board.  I hung the paper garland on the door that everyone would walk through to enter the great room where the event was being held. 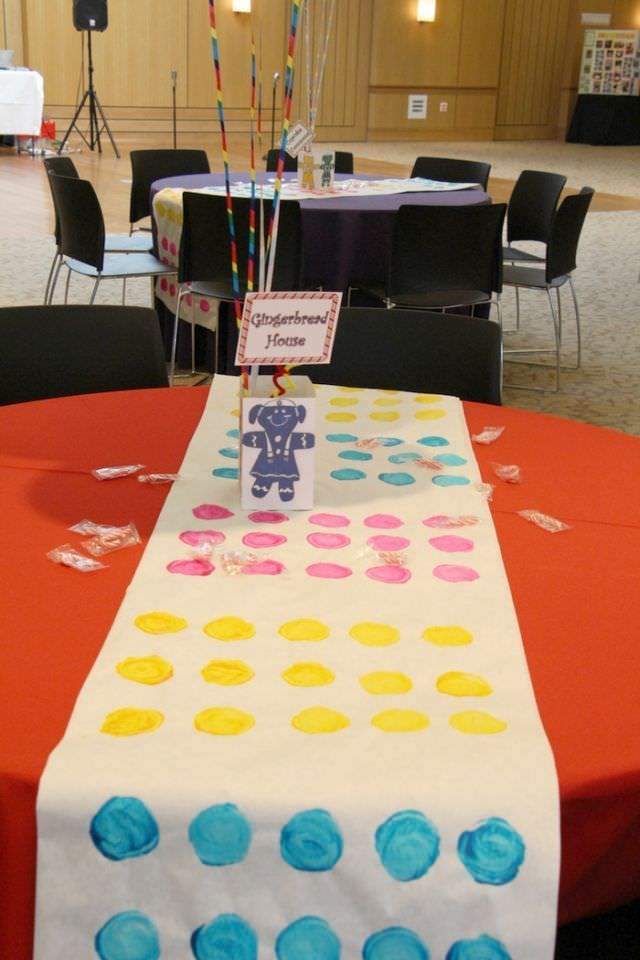 Once you walked past the rainbow garland at the entrance, you saw a see of colors, as each table was covered with a colorful tablecloth and table runners made to look like giant dot candy strips.  In the middle of each table were the gingerbread characters that mimicked the ones from the game.  The gingerbread characters were surrounding a vase that held the balloons and table names.  Inside the vases, we used marbles that the school director already had.  They came in handy to hold the vases down and keep the table signs in place.

Each table had a different name that mimicked the game.  We had the gingerbread house table, the molasses swamp, the gingerbread plum trees, peppermint forest, gumdrop mountain, lollipop woods, and the peanut brittle house.  We secured the table cards to two pipe cleaners using masking tape.  Then, taking the pipe cleaners, we wrapped them around our fingers and pulled apart to give them a more bouncy feel.

One of the committee members created candy cane signs for all of the food and drink stations to give the feel of the board game!  We also had lots of small candy canes and lollipops on the tables instead of confetti to give the feel that you were actually in Candy Land.  Once the kids saw these goodies, they were quickly disappearing from the tables!  That’s when you know you have great centerpieces!

Pizza and fruit were on everyone’s plate, along with fresh salads.  A side of freshly popped popcorn from a popcorn machine, was served along side the dessert table!  We had lots of goodies on the dessert table.  Some of the parents made Candy Land inspired treats, such as cupcakes, cookies and Rice Krispie treats.  There was also fruit juice, lemonade, and water at the drink station. 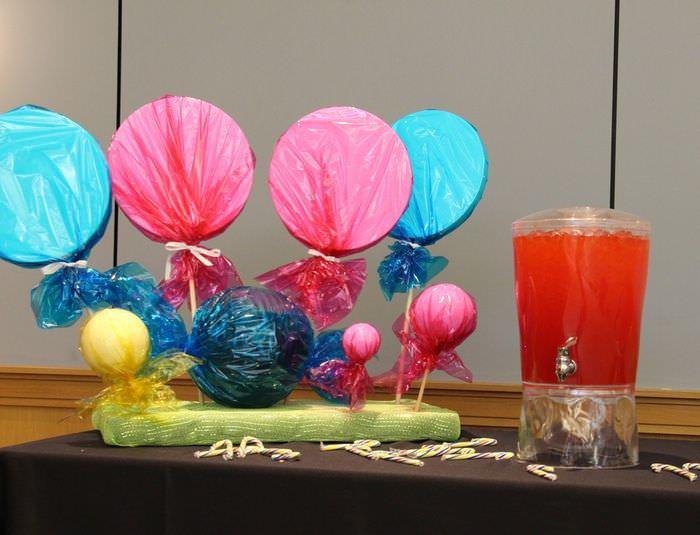 One of the teachers was the DJ, playing dance songs that everyone could dance to.  He played all of the typical kid favorites, including the Cha-Cha Slide and Freeze Dance. 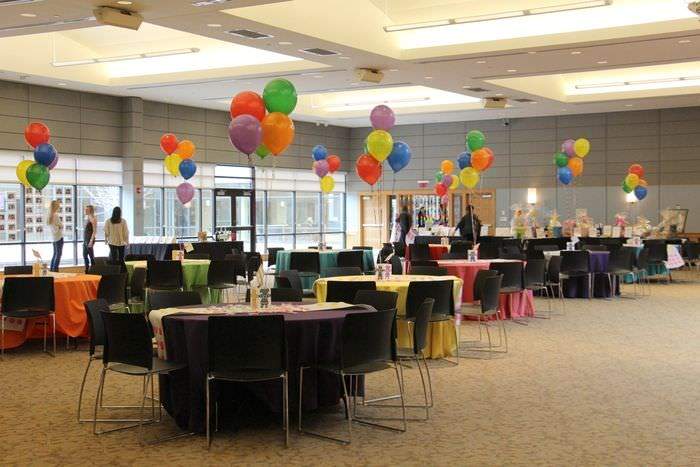 Overall, it was a fantastic night!  Everyone enjoyed themselves with the food, decorations, bounce house and silent auction.  We raised a lot of money for the school, along with creating a fun and memorable experience for the kids!  I really loved the theme of the fundraiser as it was super kid-friendly and allowed all of the kids to enjoy themselves! 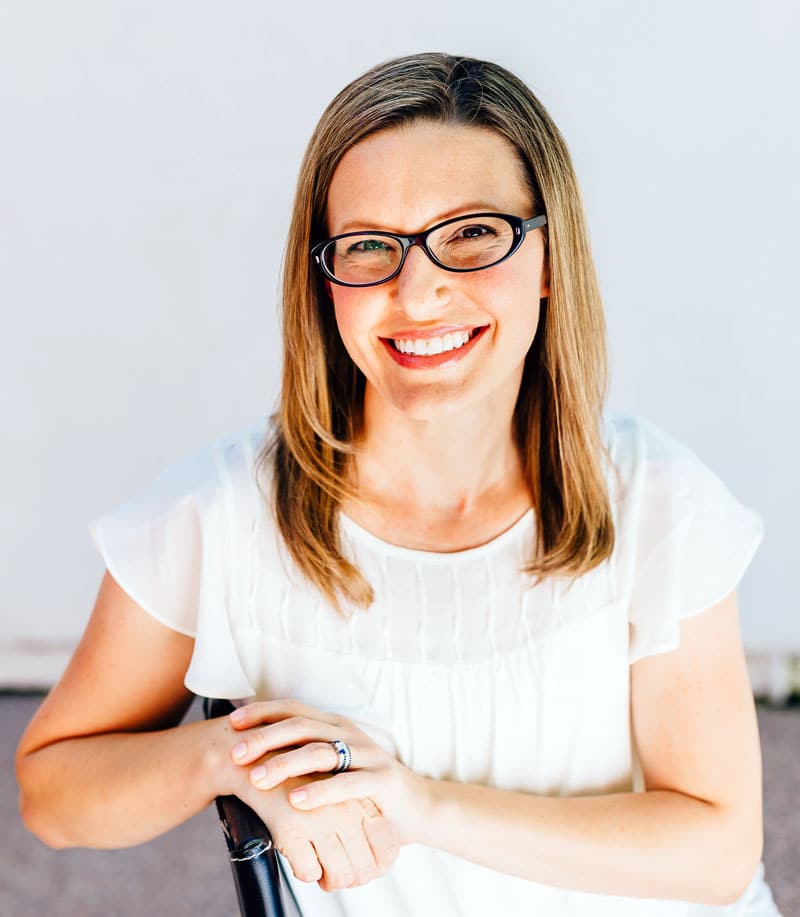