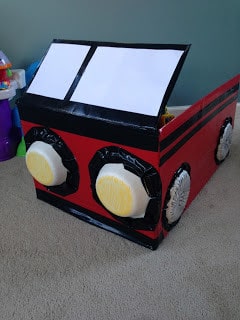 Turn An Old Box Into A Fire Truck

A tutorial to turn an old box into a fire truck for kids to play with.

CONTINUE READING
When my mom was in town last month, we received a box from a purchase from Amazon (diapers!)  The box was just sitting around until it was recycling night, but the little man was super mesmerized by it.  My mom had a great idea to turn this ordinary box into a fire truck for him to play with. 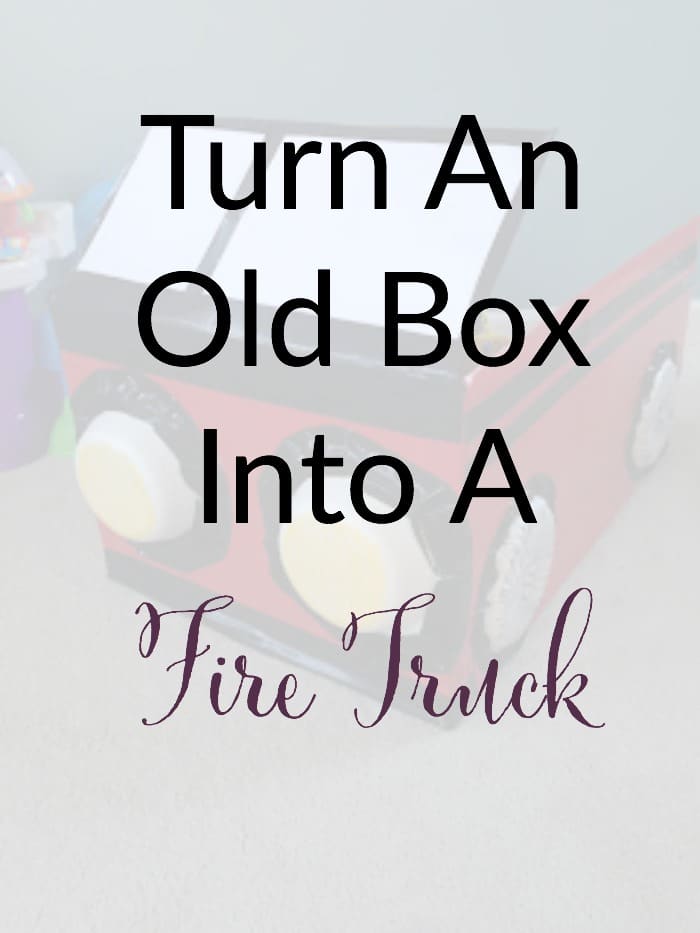 We stopped at Michaels Craft Store to get some red and black duct tape.  During the little man’s nap, we started to get to work.  First we cut off the back of the box so it would be easy for little man to get in and out.  Then we cut off the long flaps on the top because they were starting to fall apart.  We left one short box top on to use as the windshield.

Next, we took the black duct tape and made some stripes toward the top of the box.  We took paper dessert plates and made them look like wheels using black and gray crayons.  We turned the plates over and colored the back of the plates.  We secured the wheels to the box using the black duct tape. 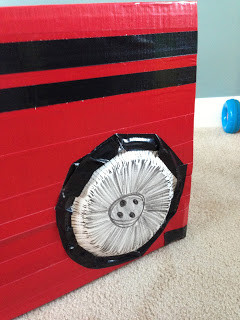 To give the windshield the effect of looking like an actual windshield, we took white computer paper and attached it to the flap using the black duct tape. 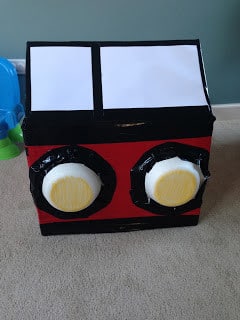 And there you have it!  A really cheap and easy way to turn a box into a really fun toy for your kiddos!

The little man just loves it and I am so happy with how it turned out! 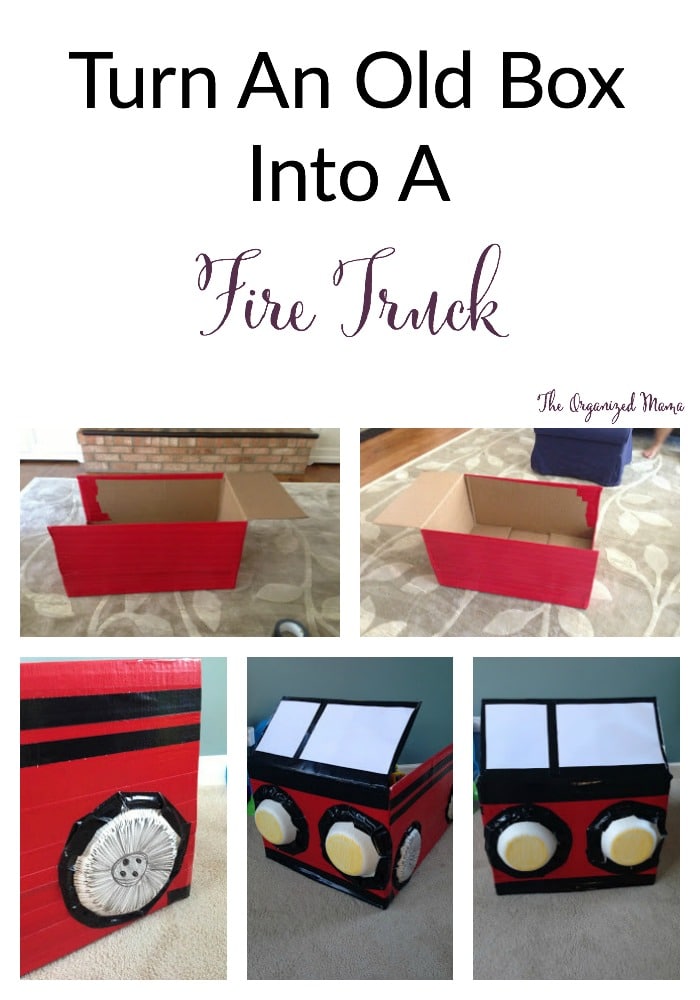 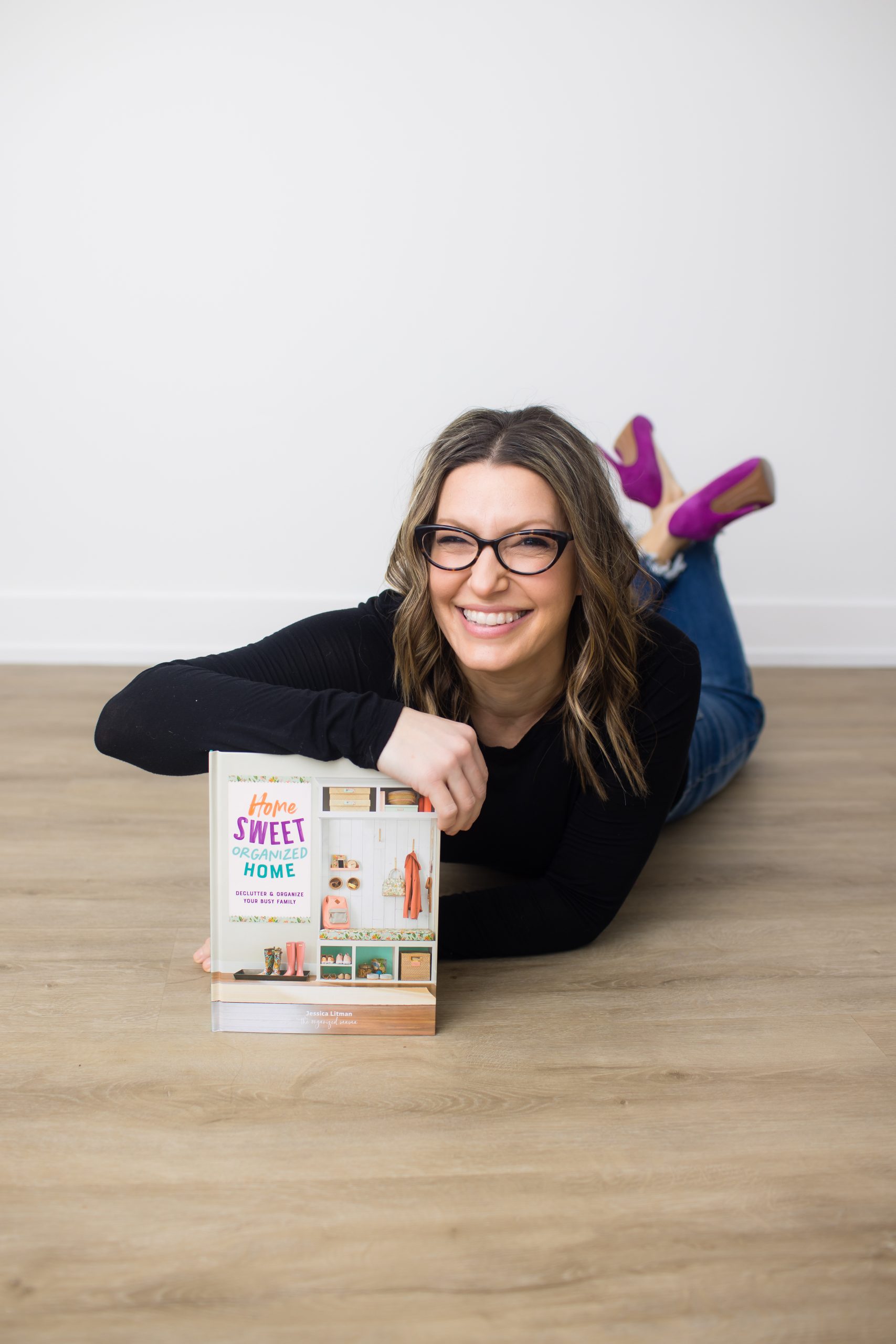